13th World Congress of Performance of Analysis of Sport 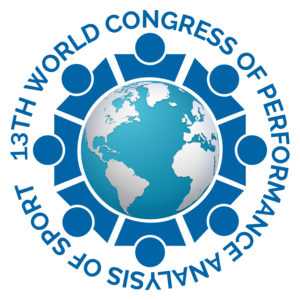 Winter sports are challenging based on the large effect and variation in environmental conditions as snow characteristics, the cold environment and in various situations also the need to train and compete at high altitude. Specially focusing on cross-country skiing (XCS), this sport demonstrates a large variety in a) skiing techniques (skating and classical as basic technique categories with up to five sub techniques) that use both the upper and lower body to various extents for propulsion, b) race distances in the World Cup ranging from ~1km up to 90km (Vasaloppet), and c) competition modes (single start, mass start, sprint, team sprint, pursuit, relay). Altogether, XCS is determined by a multiplicity of factors such as aerobic and anaerobic capacity, power, strength, speed, technical level, equipment, etc. In addition, the introduction of sprint races in the World Cup series in 1998-99, and the increased number of mass-start races has led to altered demands in modern XCS. Race tactics, the ability to accelerate in intermediate sprints, recover between sprints, and the ability to reach high speeds in the finishing spurt have become more important. In addition new skiing techniques have occurred. These modern XCS techniques require high rates of force development and prolonged cycle lengths, which should be considered in strength and conditioning program design (e.g. application of high load or explosive strength training). As an example, along with the development of the double poling technique, a marked increase in the upper body capacity can be observed in recent years. In the 1960’s, top skiers were able to achieve 60% upper body VO2peak, compared with almost 100% for current athletes. Successful XC skiers should be able to perform in all Olympic distances. From a training methodology perspective, the introduction of the sprint events has allowed new training ideas and concepts to enter XCS. In a “polarized” manner, built upon a high base of low intensity training (80-95%) the clear implementation of high intensity training (HIT or SIT 1-3 times/week) across the entire year, the application of “HIT blocks” every 4-5 weeks and strength training is recommended. These changes in the demands and the variety in XCS constitutes a challenge for athletes, coaches and scientists, and gives wide scope for research to study and enhance performance.